The village of Battir is famous for its aubergines - betenjan in Arabic. When in season, many people will go out of their way to get hold of these small vegetables, affectionately referred to as ‘Battiri Betenjan’. When I visited Itidal in Battir, she went out of her way to show me the many traditional Palestinian dishes you can make with betenjans (see the main photo). She made mutabbal (aubergine dip), fried aubergines and an aubergine and chicken soup served with maftoul (Palestinian couscous). But most importantly, Itidal cooked betenjan mahshi, aubergines stuffed with rice & meat and cooked in a tomato soup. The combination of the aubergines, tomatoes and meat creates a rich hearty dish that will fill your stomach. According to Itidal, this dish has been part of the Palestinian diet for hundreds of years, stuffed with bulgur wheat before rice came to Palestine.

Battir is not only famous for its aubergines. In 2014, the village was recognised as a Word Heritage Site by UNESCO for its stoned agricultural terraces and their 2,000-year-old irrigation system. Over the centuries, Battir’s people have maintained this ancient way of farming, growing vegetables and fruits on the levelled terraces, using a simple irrigation system that distributes the spring water equally between families down the stepped hills. Itidal’s family owns land on these terraces, where they grow everything from aubergines to tomatoes, chickpeas, spinach, olives, oranges lemon and the list goes on. “We have a modern life here but we also keep our traditions”, Itidal told me.

"We do non-violent resistance just by living, working our land, dancing dabke, playing our music. It’s keeping our identity. There is an outside threat so we want to keep our culture. And we love it."

Stoned terraces are common throughout Palestine, but in Battir they extend uninterrupted over kilometres, creating a distinctively beautiful landscape. No wonder UNESCO made it a Word Heritage Site. “Israel is against our UNESCO status, because of the wall”, Itidal explained. As an activist and local councillor, Itidal is very involved in Battir’s political struggles. More recently, she took part in the battle to stop the building of ‘separation’ wall through its valleys. The Israeli government has had plans to build the segregation wall in Battir for many years, possibly destroying parts of the terraces. Palestinian and Israeli activists fought the plans in court, and it’s clear the UNESCO status helped their case; in 2015, an Israeli judge ordered a freeze on the construction of the wall for environmental reasons. Despite this win, Itidal is still worried. She fears the Israeli army will find any excuse to build the wall on their precious land, or they will build it around Battir, making the village part of Israel (Battir sits on the green line), something no one wants here, she told me.

Itidal is a wealth of information about Battir, and Palestine in general. We talked about Battir and its history while cooking and eating in the house she shares with her elderly mother. She also took me to see some of Battir's important sites, ensuring I took in all the beauty her village has to offer. She has a great pride in Palestine’s culture, from the stoned terraces to dabke dance and traditional food. “ We do non-violent resistance just by living, working our land, dancing dabke, playing our music. It’s keeping our identity. There is an outside threat so we want to keep our culture. And we love it.”

Cooking and eating betenjan mahshi is a great way of attempting to taste some of Palestine’s rich culture. Make sure to buy the smallest aubergines you can find - many oriental shops will sell them - and then serve with some yogurt and salad. You can of course leave out the meat to make this a tasty vegetarian vegan dish! 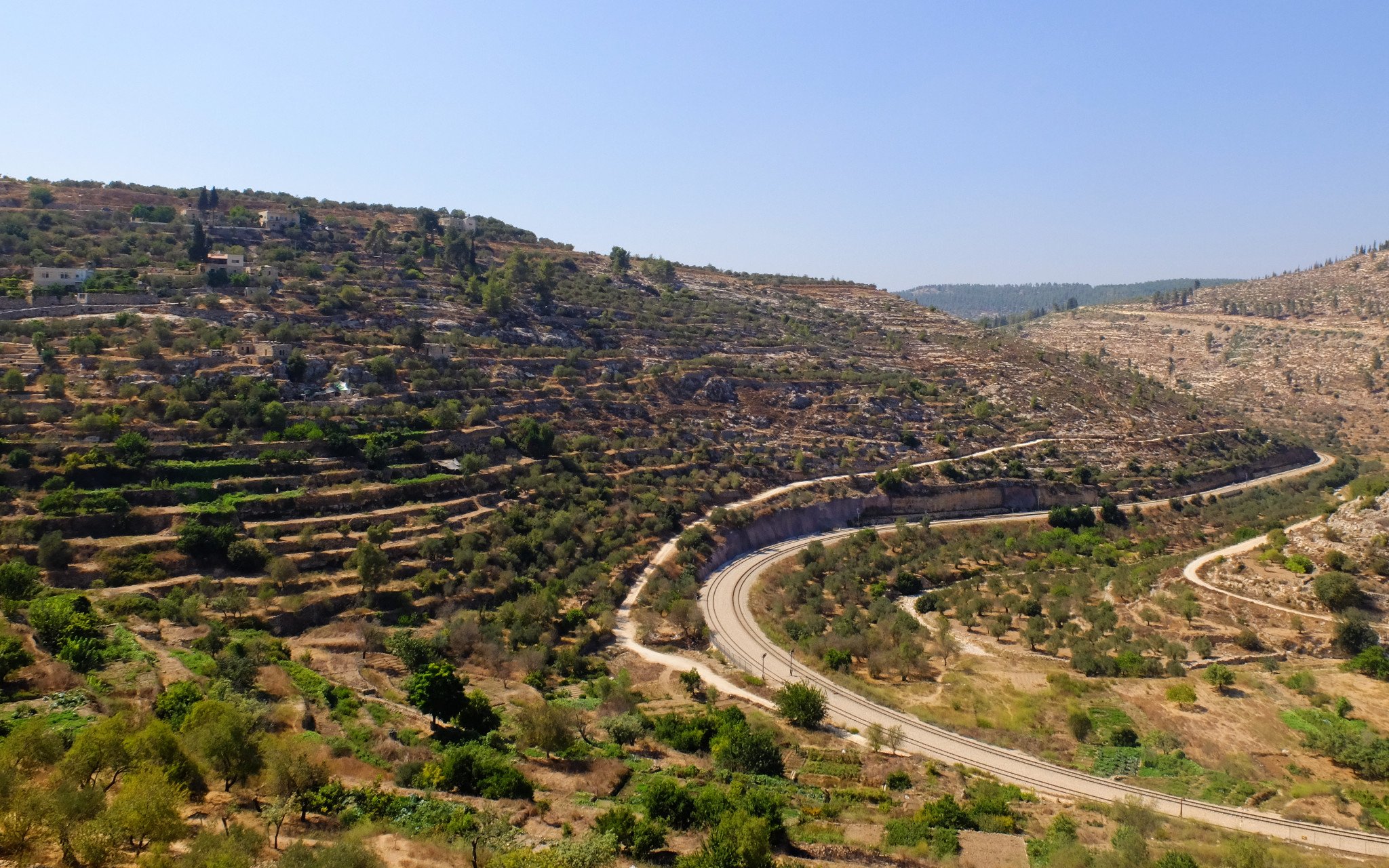