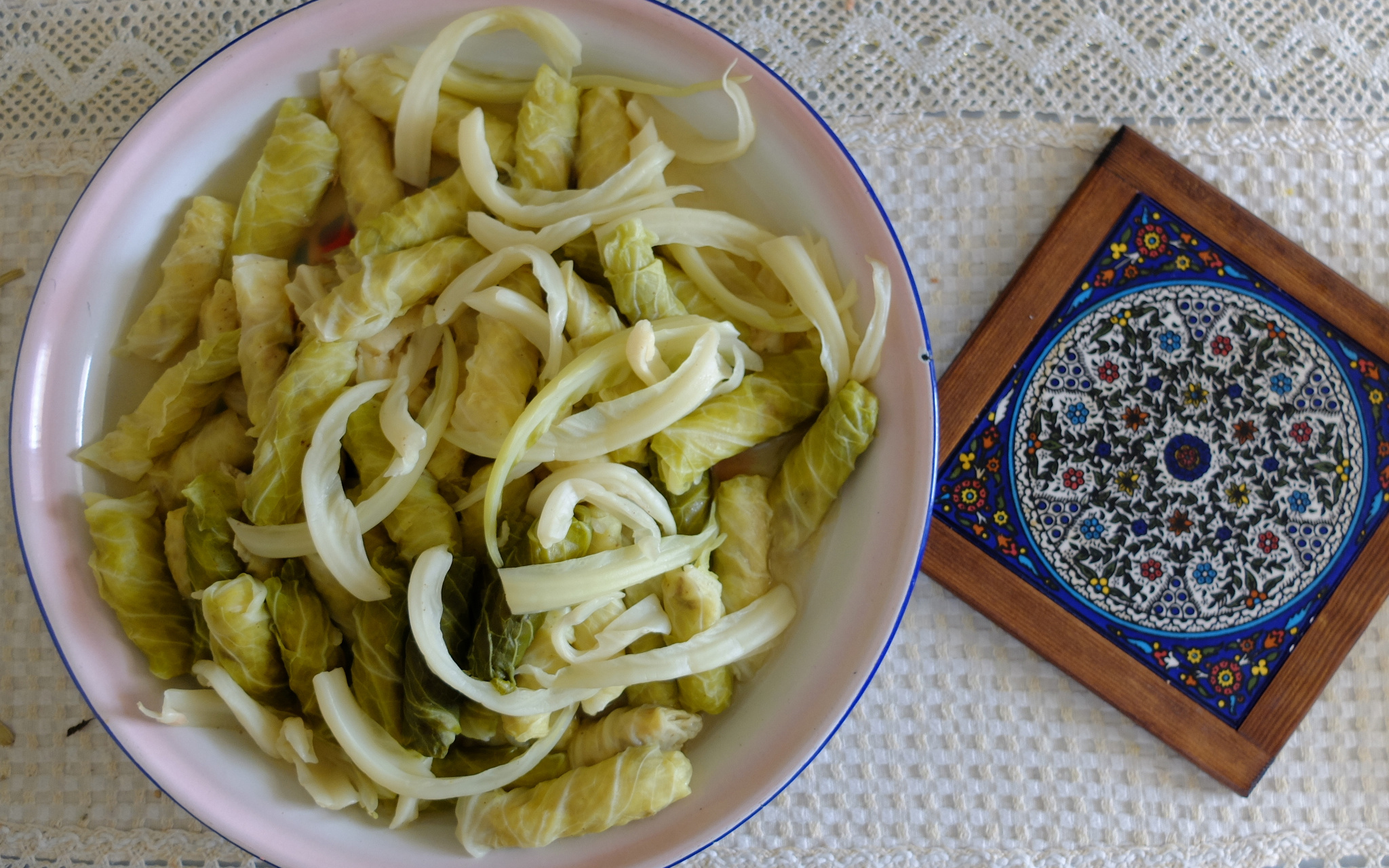 Fidaa, or Chef Fidaa as she is also known, welcomed me several times into her Ramallah home to teach me how to cook some of Palestine’s most traditional dishes. Fidaa is a very talented cook and she's quite well known in the world of Palestinian cuisine. Earlier in 2016, she published Pop Palestine, a beautiful book filled with recipes and stories from the West Bank and Gaza. Written in Italian, the book is the culmination of an ambitious adventure she embarked on a few years ago to introduce Palestine’s cuisine to Italy. Fidaa is originally from Hebron but she spent many years studying and working in Italy until settling back in Ramallah where she lives with her husband Hamze and their daughter Julia. All these years in Italy have not only made her perfectly fluent in Italian - and she even speaks Italian with Julia - but also quite Italian at heart. But she is also fiercely Palestinian and her pride in her country’s culture led her to start this great project of bringing Palestinian food to Italian kitchens. Together with friends, she travelled from Hebron to Jenin to cook and talk food with families and chefs. Out of this trip came a short film and the Pop Palestine cookbook which quickly sold out in Italy.

"I defend my Palestinian identity through food. It’s the only way I know how to resist. I don’t want to use guns."

Fidaa did this project out of pure passion but also because she wants to promote and defend Palestine’s cultural heritage. “I defend my Palestinian identity through food. It’s the only way I know how to resist. I don’t want to use guns”, she told me the first time we met. Her husband Hamze seemed just as interested about Palestine’s food culture as Fidaa. Together we all spent some time talking about food, identity and politics while sipping tea and eating maamoul (date-filled biscuits). Fidaa is interested in all food and cultures, but she thinks the Palestinian food culture needs particular attention. Food is part of a nation’s heritage. It tells stories about land, traditions, people, families. And of course food is part the Palestinian identity but this identity is often damaged by the Israeli occupation, Fidaa explained. Keeping traditions alive is about keeping a nation alive and connected to its history and roots. This is especially crucial for a nation that’s been displaced and living under occupation for so long. For Fidaa, promoting Palestine’s gastronomy with the outside world is not just about sharing the immense diversity of Palestinian cuisine but also about breaking some of the prejudice people can hold about Palestinians.

At our first meeting, Fidaa invited me back to cook with her, so a few weeks later I spent the day with Fidaa and her daughter preparing malfouf, a traditional Palestinian dish of rolled cabbage leaves filled with rice and meat. Cabbage is a cheap vegetable and available all year round in Palestine. Palestinians have been cooking malfouf for a long time - most grandmothers will have learnt it from their own mothers and so on. But of course every family will have their own twist on the filling. The basic ingredients are rice and beef but you can change how you flavour it. Fidaa also told me it’s also easy to make a delicious vegetarian version by replacing the meat with chickpeas and chopped tomatoes, or by mixing rice with with fresh herbs like mint and parsley. Alongside malfouf, we also made fresh falafels and a fattoush salad. A tasty Palestinian meal from a talented Palestinian chef.

Read more about Fidaa and follow her work @PopPalestineCuisine

The first step is to soften and unpick the leaves from your cabbage so you can stuff and roll them. The thickness of the cabbage leaves varies across countries so you will have to adjust a little how long you soften the cabbage for:

Serve with a fresh salad like fattoush or a simple cucumber-tomato salad. 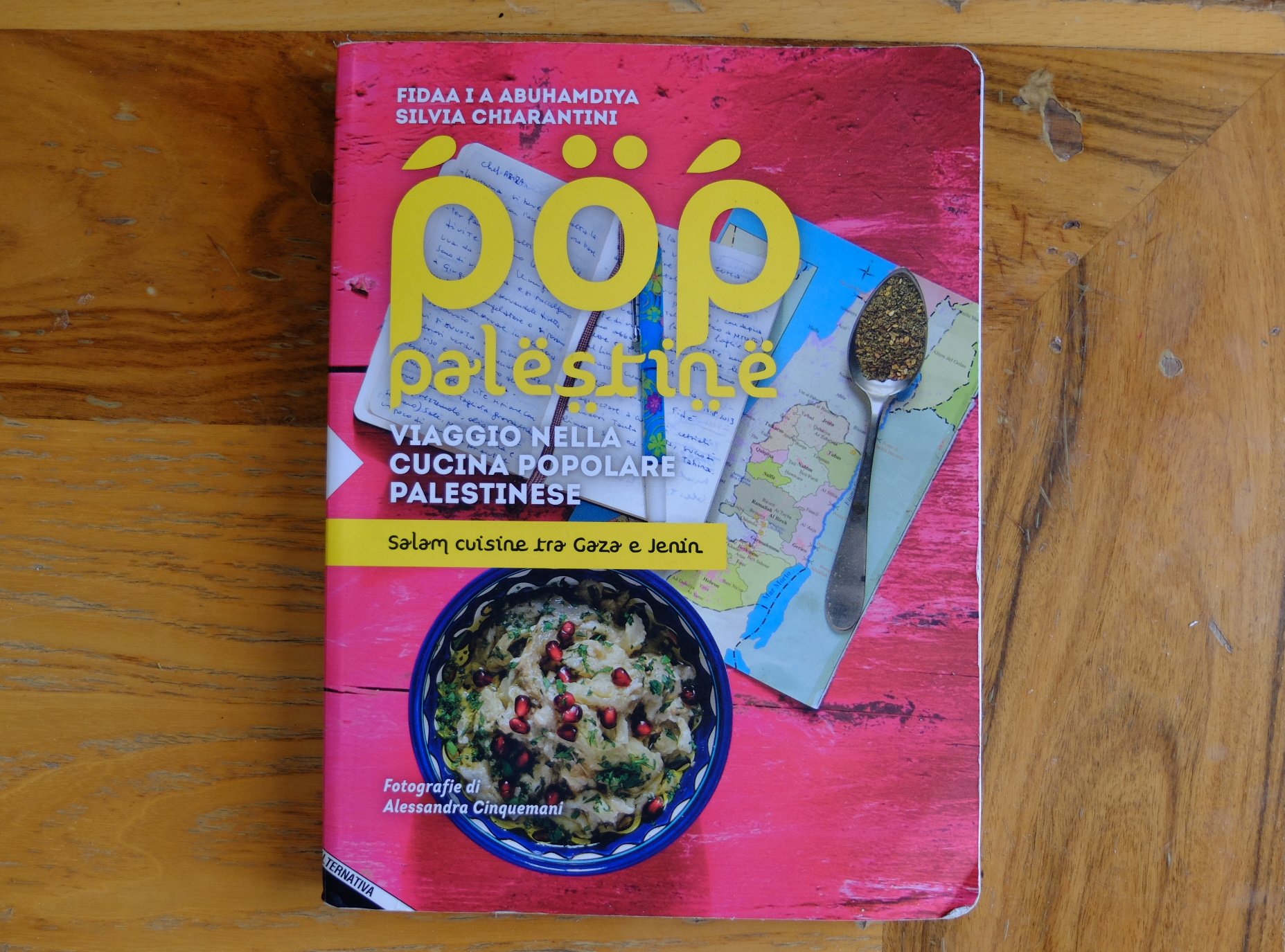