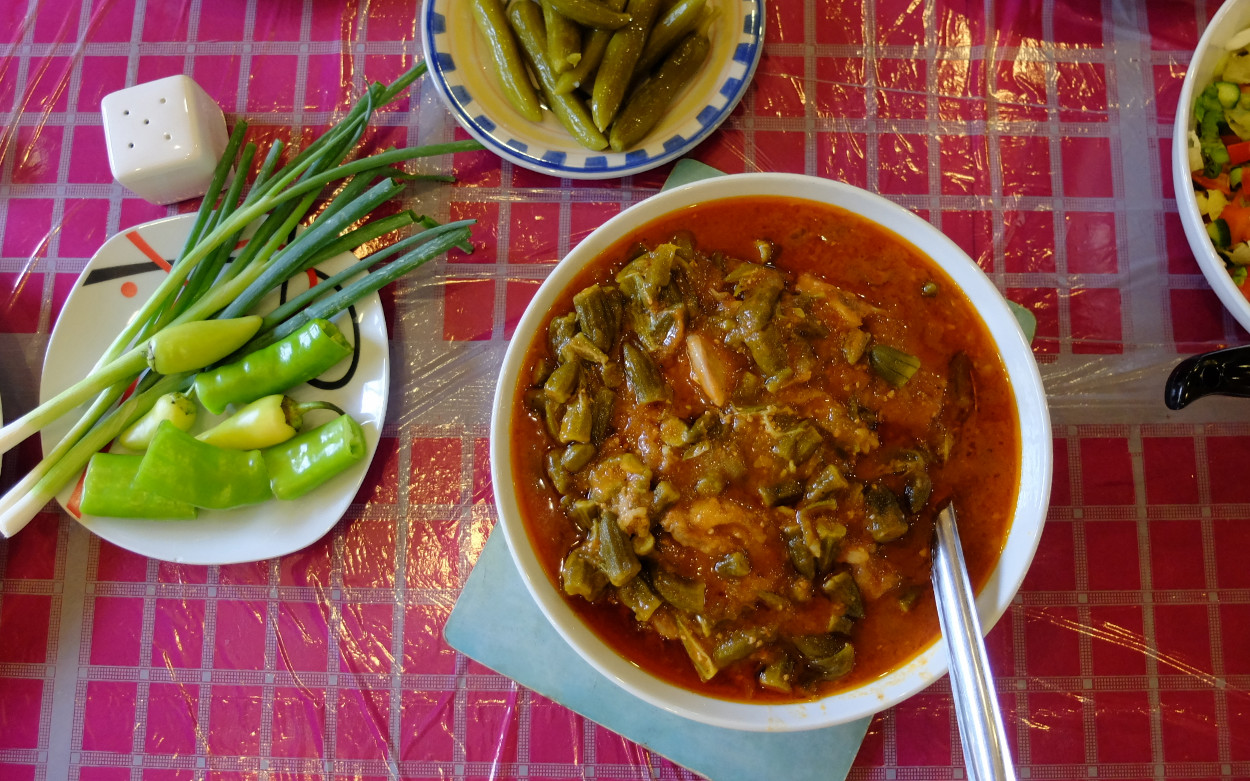 Bamieh (or bamya) is the Arabic word for okra. This small green vegetable is popular in many corners of the world. In Palestine, it’s often prepared in a stew with tomatoes and garlic, with or without meat. This is Randa and Nadera’s recipe for bamieh, made with lamb and served with rice (get the vegetarian version here). We prepared it from scratch in Randa’s house, where she lives with her husband Abed. The stew was rich and flavoursome, and the meat very soft.

Sisters Randa and Nadera live in Jericho (Arīḥā in Arabic), a Palestinian city close to the border with Jordan and the dead sea. Jericho is believed to be one of the oldest inhabited cities in the world and is home to some famous ancient sites, like the Mount of Temptation and Hisham Palace. Nadera and her family are from Jericho and have always lived here but their grandparents were originally from Morocco. They’re a tight-knit family. Except for Randa, most siblings live very near each other.

Summers in Jericho are extremely hot, with temperatures often reaching 40°C in the day, and winters are mild. This weather makes Jericho an important agricultural area. The heat, soil and water quality in Jericho means it yields some of the best fruits and vegetables in the West Bank, Nadera explained. People come from different cities to buy Jericho’s products. The region is particularly renowned for dates which grow abundantly here. The summer heat ripens them perfectly, until you can eat them right off the trees and they melt in your mouth like soft caramel.

When their father was still alive, Nadera’s family grew vegetables in their garden. But these days, no one in the family has time to do this. Nadera is a busy woman. She manages one of the city’s children clubs, and also heads Jericho’s branch of the General Union of Palestinian Women. But even if they are all busy, it’s still important for the family to cook together, eat and talk. Nadera also insists on buying baladi products - which means local in Arabic. She refuses to buy Israeli food and supports the boycott against Israel. She told me she felt hopeful about the international boycott of Israeli products, especially those made in the settlements: “When I see this, I feel I want to cry. I know that people start to notice the real story. Israel is very strong with the media so they show the world very bad stories about us, about Palestinians. [...] Many people think we are like criminals. They [Israel] show that the land if for them and that we want to make them go out. But it’s the opposite. It’s our land and they came here and took everything. But when I see people talk about such things in Italy for example - that it’s illegal to bring the food made in Israeli settlements to Europe or America - then we feel we start having our rights, and people start to know the right story.”

Nadera loves her city. I must say it’s a special place with incredible views and friendly people. The Israeli occupation is less visible here too. For example, you can’t see the apartheid wall like you do in Bethlehem or Jerusalem. But it’s never easy to travel from one place to another, Nadera explained: “We feel at home, in our city, but actually we are in a big prison.” Villages around Jericho suffer more from the occupation. Houses and agricultural land have often been destroyed to build Israeli settlements, and natural resources such as water get diverted to the settlements, leaving little for the Palestinians. So the very act of farming becomes a struggle, which makes it ever more important to buy local and Palestinian.

For this recipe, Randa used baby bamieh (ie okra) from Jericho. Bamieh is usually picked fresh in the summer season but in the winter people just buy the frozen version. The baby okra is the best kind, but the bigger version works too - you’ll just have to chop it up.

Useful link: find out how to get involved in the Palestinian-led boycott movement and read more about the ancient city of Jericho.

Photos: the bamieh stew, Randa and Nadera (left to right) and a date vendor in Jericho

Randa and Nadera served their bamieh with rice and a side salad of diced tomatoes, cucumbers, radishes, spring onions and lettuce. 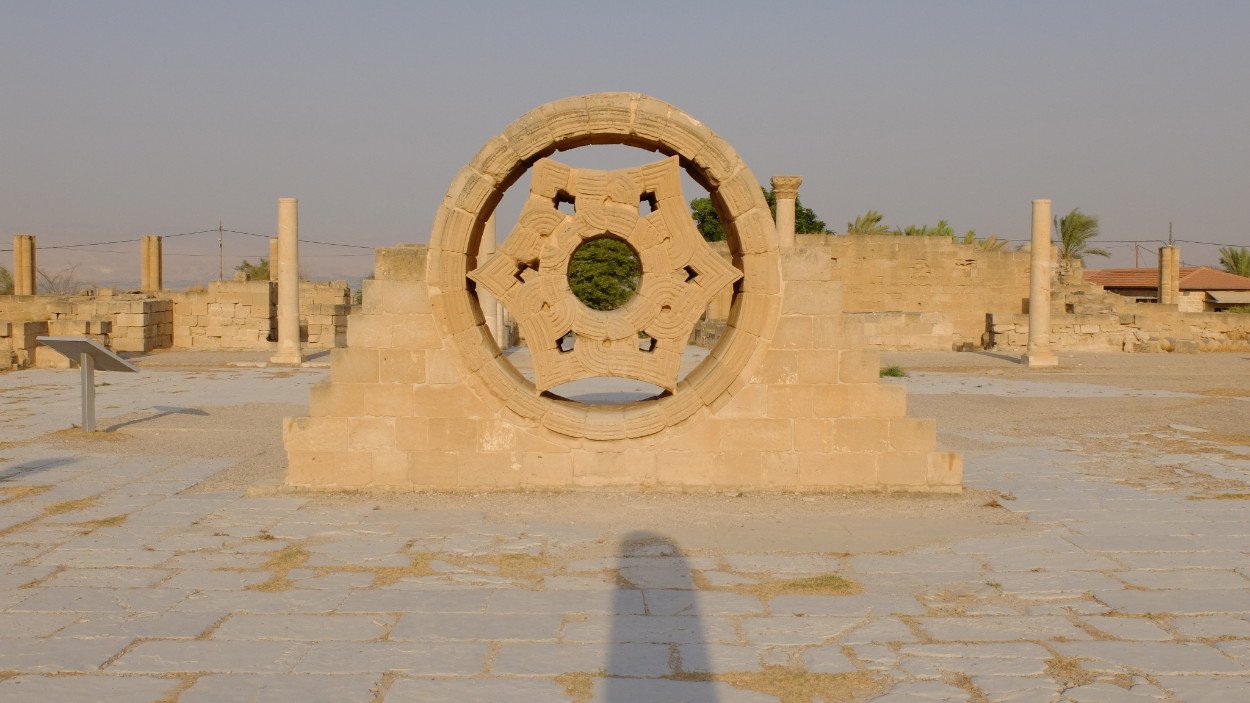