Taste of Palestine takes you on a journey through Palestine’s food, its people and culture. The website presents recipes straight from Palestinian kitchens, and stories about the Palestinian people, their land, their traditions, their daily lives and their ongoing struggle against the Israeli occupation. 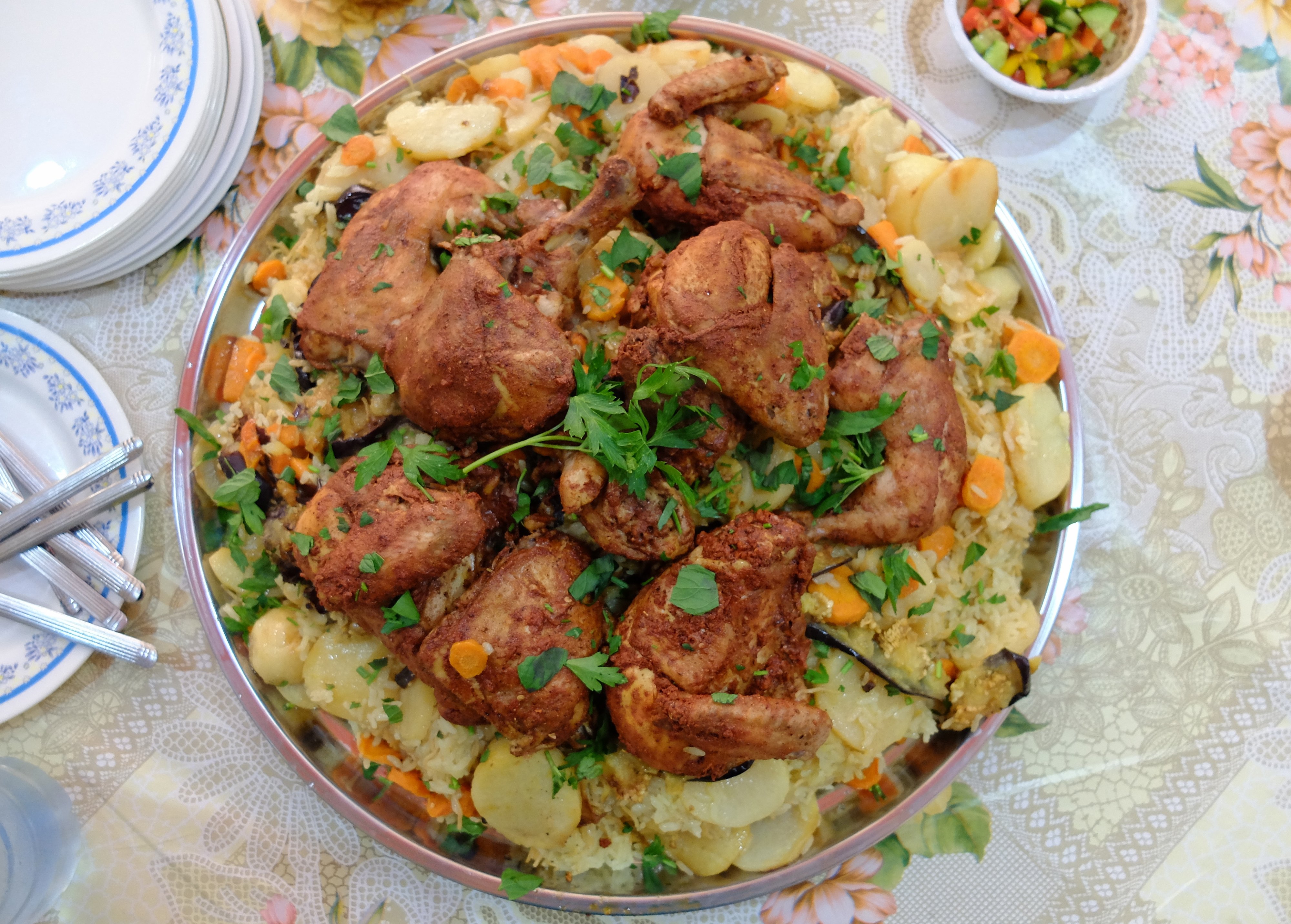 “One has to keep telling the [Palestinian] story in as many ways as possible, as insistently as possible, and in as compelling a way as possible, to keep attention to it, because there is always the fear that it might just disappear.” ( Edward Said, 2003).

The recipes presented throughout these pages come directly from Palestinian women and men I met during my time in the Occupied Palestinian Territory (see note about terms at the end of this page). They tell a story about people and places. Food is deeply anchored in Palestinian culture. As much as dabka dance, traditional music, arts and crafts, embroidery, pottery or the emblematic keffiyeh, traditional dishes are part of the Palestinian identity and social traditions. Despite the uprooting, displacement, oppression and lack of sovereignty Palestinians have faced for generations, there is a strong and distinct Palestinian cultural identity. People are the culture, and food and recipes are part of it. They are a reflection of society. Recipes are about people, land, seasons, connections, moments and times. They are about shared history and memory. They are alive and fluid, passed down from one generation to another, constantly changed, repeated, stuck in time or gone forever. But sadly Palestine’s food culture is not as well known as other regional cuisines like Lebanese, or even nowadays Israeli. And this project is a small attempt to change this. 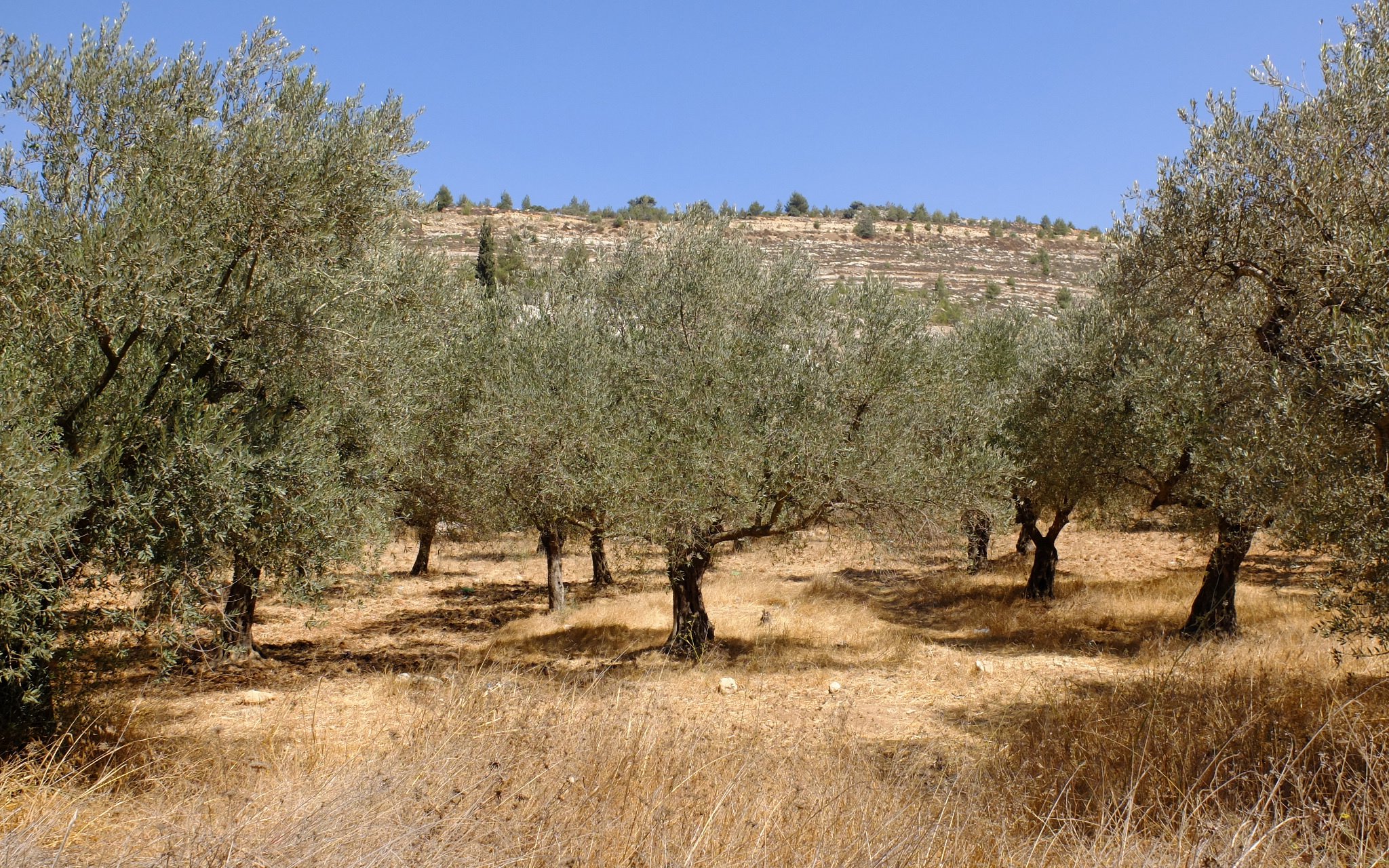 Ancient olive trees in Battir, a village in the West Bank in the Occupied Palestinian Territory

Armed with a camera, a sound recorder and a notepad, I spent some time travelling across the occupied West Bank to cook with people and talk with them about their food, their culture, their lives. And of course about politics. You can’t escape politics in Palestine. When a nation lives under military occupation, so much becomes political. You were awake half the night because the Israeli army raided a house near you and fights broke out. You can’t go to the seaside because you need a permit from Israel to cross the imposed military border. And these are just the small things. Then there is the segregation wall, the land grabs, the house demolitions, the displacement, the arbitrary arrests and detentions, the apartheid policies, the violence, the executions, the poverty, the humiliation, the travel restrictions, the sense of injustice so many people in Palestine feel, old and young, female and male. The ongoing struggle of living under military occupation for over 50 years now. But amid this abnormal and deeply unfair situation, people carry on with their lives - of course they do. Palestinians often say that they are resisting the occupation just by living. To exist is to resist and you often hear about the Palestinian sumud, translated as 'steadfastness', which perfectly describes the soul of the country and its people, their resilience and perseverance despite the hardships. 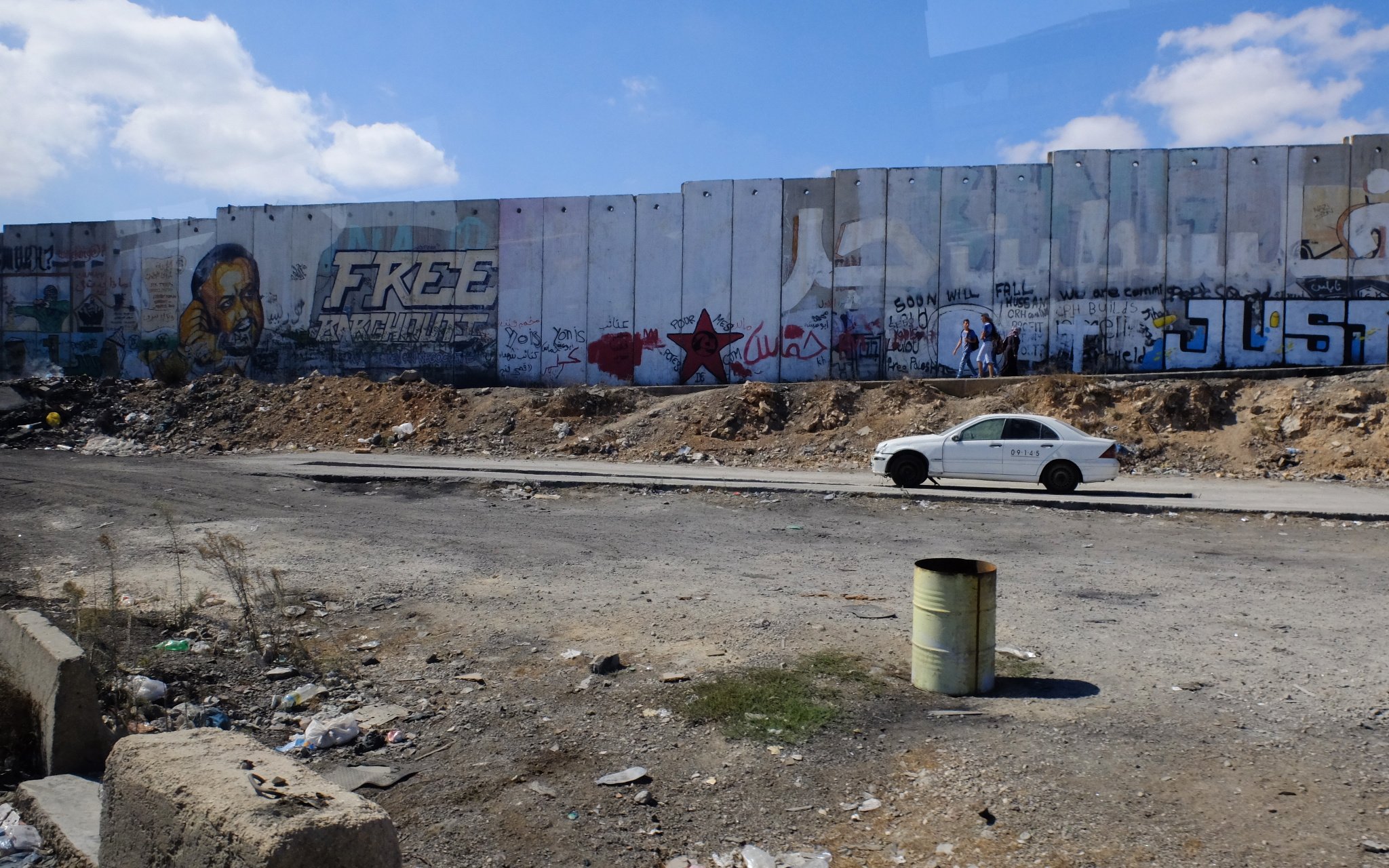 The segregation wall by Qalandia checkpoint near Ramallah. In some places, it is a concrete wall of up to 8 metres high, in others, it's barbed wire fence.

Most nations or people feel proud of their food and strive to preserve it, but in Palestine there is a fierceness to it that is hard to describe in words. Maybe it’s because the very idea of a Palestinian identity is seen as threatening to some, or perhaps it’s because the historical and ongoing dispossession of the Palestinians has made them even more attached to their traditions. For some, preserving and promoting Palestinian heritage including food has become a tool for resisting the occupation and colonisation. But it’s also because Palestine’s food culture is amazing. Not just the dishes themselves but the patient preparation that go into them, the coming-together, the customs and practice behind each dish. As a Palestinian woman told me: “We cook from the depth of the heart." 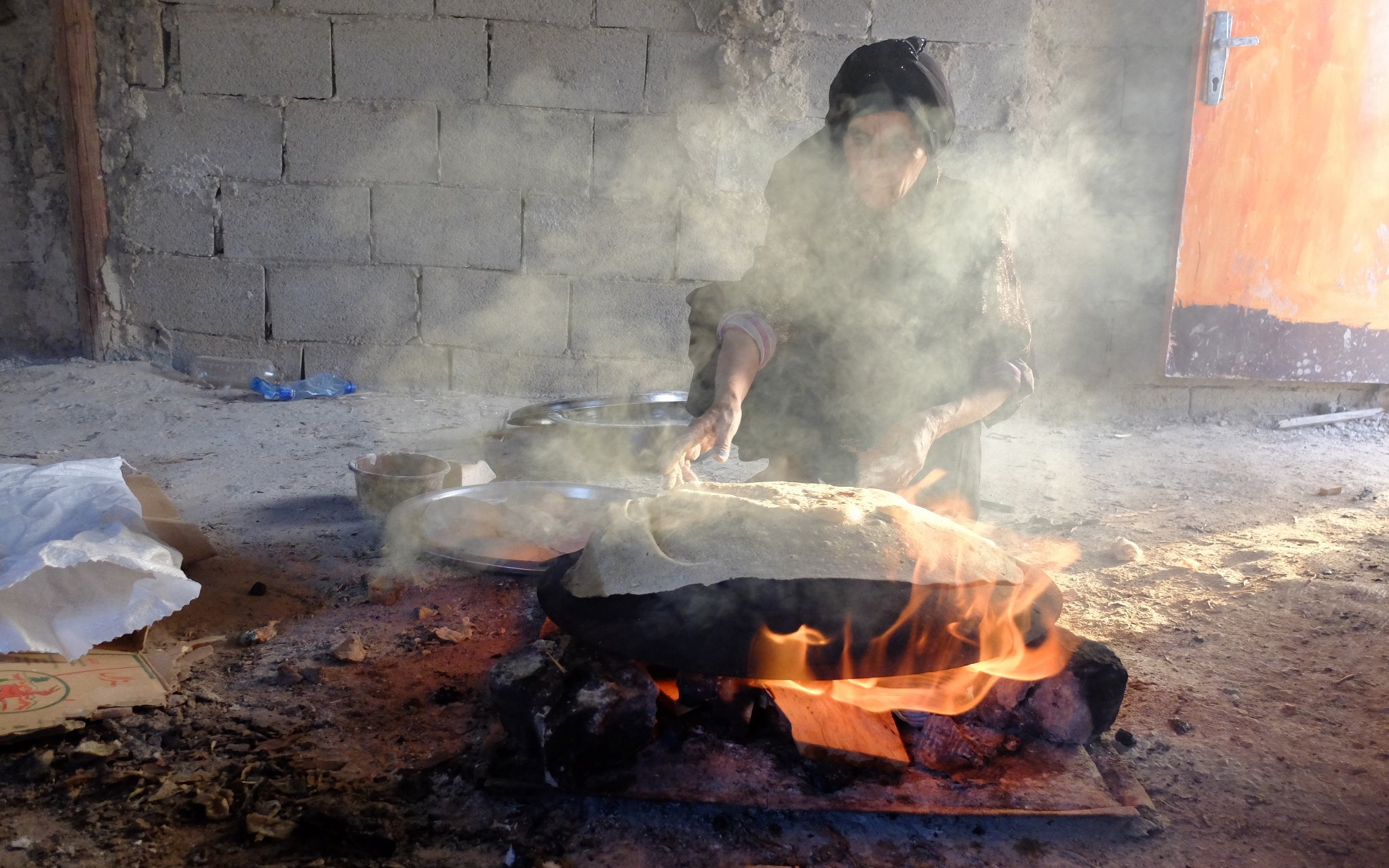 What this website is not is an attempt to explain the complex Israeli-Palestinian conflict. It’s about telling stories about Palestine, its people and their land through their food. It's about lived experiences and it seeks to take you beyond what you see in the mainstream media to find out what life is like there, every day, from cities to villages and refugee camps. Because despite all its difficulties and pressures, Palestine is a wonderful place. It has a rich culture, deep history and warm people. And this translates into their food. It’s hearty, generous and simple. You just need to give it time and patience.

All photos are my own unless stated otherwise.

For the purpose of this website, when I say Palestine I am referring to the occupied West Bank and Gaza. For Israel I will use either 1948 Palestine or Israel. For the whole region (Israel, Gaza and the West Bank), I shall call it historical Palestine. There are sadly no recipes from the Gaza Strip on the website at this stage. Hopefully this will change soon and I’ll be able to share with you one or two typical Gaza recipes. 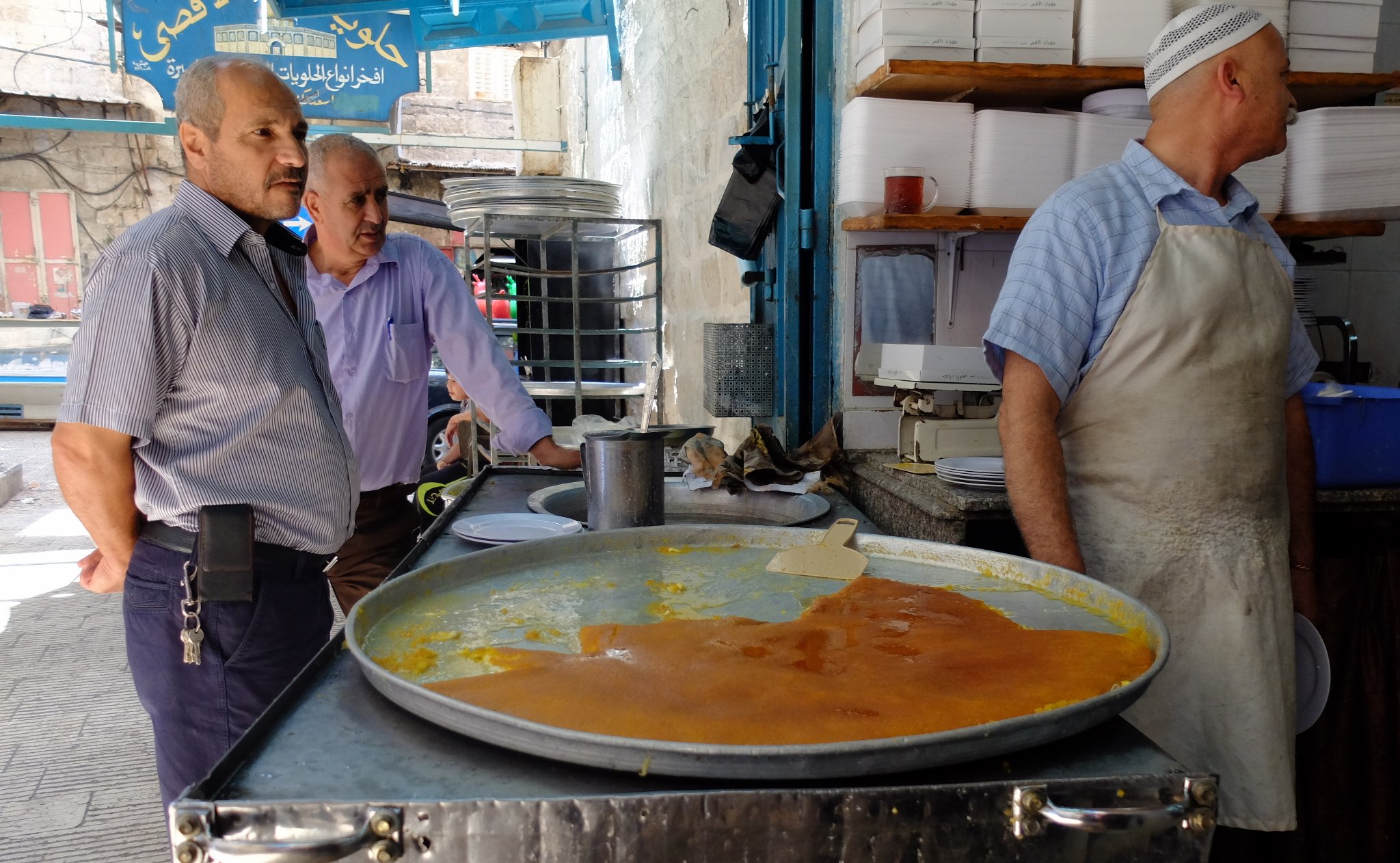 Sweet and cheesy Palestinian kanafah at Al-Aqsa, the best kanafah shop in Nablus